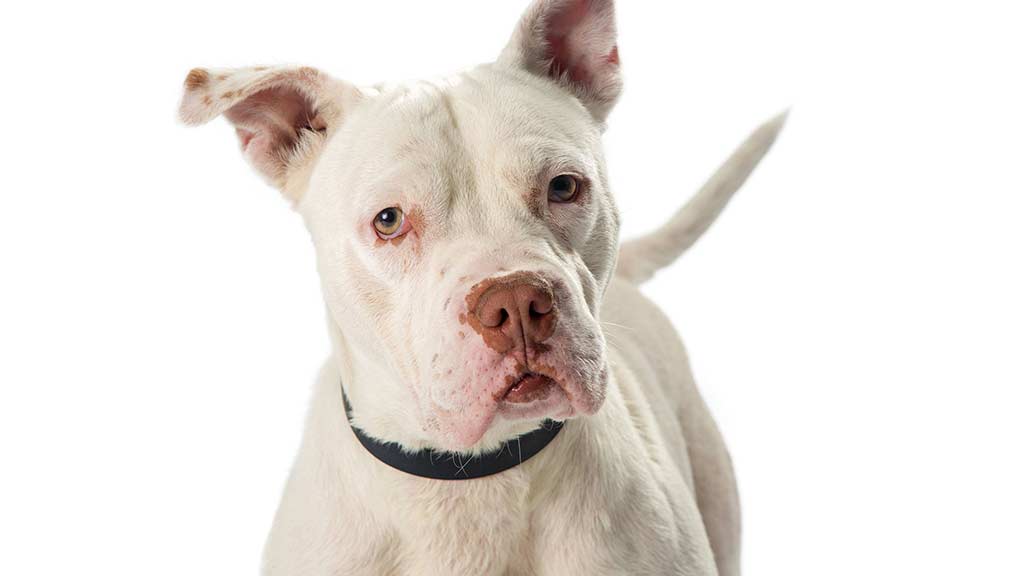 A dog was burned with cigarettes and starved, now the Nassau County SPCA aggressively pursues prosecution.

Fox News 8 reported that an emaciated dog with cigarette burn wounds on his head was found roaming the streets of Valley Stream, NY.  It is believed that a passing commuter dumped the dog and then drove away. Chester, as the dog is now called, was picked up by a good Samaritan and brought to the Nassau County SPCA.

Based on the severity of the dog’s injuries and extent of the abuse, Nassau County District Attorney, Madeline Singas, is pursuing prosecution.  The NCSPCA has offered a 10,000-dollar reward for any information leading to the prosecution of the dog’s attacker(s).  If you have information about Chester, please phone 516-The-SPCA (516-743-7722).  The identity of anyone that calls with information will be kept anonymous. More on Chester’s case can be read on the Nassau County SPCA’s website.

Who Would Do Such a Thing?

Animal cruelty happens throughout our society.  There are cases in all 50 states.  According to the Humane Society,

“Animal cruelty and neglect cross all social and economic boundaries… abuse is common in both rural and urban areas.

Animal abusers often concurrently abuse their children or their spouses.  Sometimes pets are targeted by abusers because they are especially beloved by the person that the abuser is primarily trying to harm.

Animals Most Frequently Targeted for Abuse

The Human Society reports that the most common victims of animal cruelty are:

A significant portion of animals incur abuse in organized events of cruelty like dog or cock fighting.

A 2010 article in the New York Times cites a publication by Randall Lockwood, the A.S.P.C.A.’s senior vice president for forensic sciences and anticruelty.  In the publication, Randall recalls an investigative interview that he did with a 7-year old child while working with the New Jersey Division of Youth and Family Services.  The child’s father was under investigation for child abuse and was reportedly responsible for the disappearance of several family pets.  In the story, Randall relates that he showed the child,

“…a simple drawing of a boy and a dog, playing ball inside a house and a broken lamp on the floor beside them. Lockwood asked the 7-year-old to describe what would happen next in the story of the boy in the picture. “He grew still and sullen,” Lockwood writes, “and shook his head slowly. ‘That’s it,’ he said in a matter-of-fact tone, ‘They’re all going to die.’ ”Wounded Hearts: Animal Abuse and Child Abuse as cited by the NY Times.

Like all veterinarians, the doctors at our 4 veterinary hospitals in Mineola, Garden City, and New Hyde Park have been trained to identify signs of animal abuse in dogs, cats and other animals. Any suspected cases of animal abuse are treated with the utmost seriousness by our team.

In New York State Animal Abuse Is Often A Felony

In New York State, animal cruelty is prosecuted seriously. Police officers are required to arrest offenders and intervene to stop animal abuse when they know of it.

Fortunately for Chester, he has been liberated from his attackers. According to the Nassau County SPCA website, he is currently under the care of a loving and safe foster family.

The coronavirus outbreak is straining many local shelters to keep up with animal care and fund raising. Click the picture of the cute puppy below to be taken to a list of local shelters. If you have time on your hands and want to help, reach out.  They may need you!

Font Resize
Contrast
Accessibility by WAH
Call Us Text Us